The shape of the cinema is a rectangular.
The shape of proto-cinema was round, irregular.

This is a new medium I've developed, the layered collage of painted projected magic lantern pictures. It has a quality that is "shadow-cut", a true shadow makes a crisp irregularly shaped image.

The non-rectangular pictorial code of the magic lantern image lies closely to the shape of what is called the ‘gate’ or ‘slide cage’ in front of the lens – traditionally a round slide gate will allow up to 4” painted slide images to be projected. This round shape allows for the space of the lens to be maximized. Historically, when we moved to photography and film, we moved to the rectangular frame.

Magic lantern projections, unlike cinema, have an intrinsically malleable, irregular edge that depends on the use of black paint or a mask around the image. Blacking out of irregular shapes (bodies, planets, animals, various forms) allows the image to hang by itself in space, lit and surrounded by complete shadow in an irregular frame. 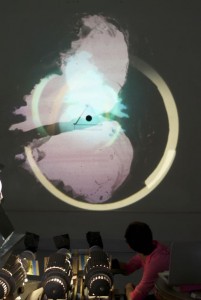 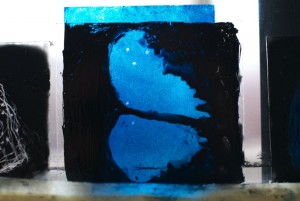 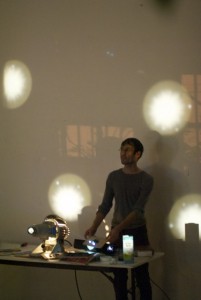 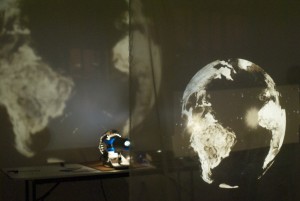 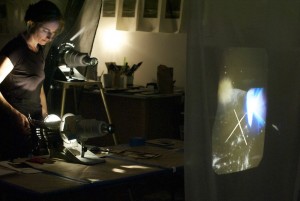